A guide to the monarchy or the smartest con trick ever

The Estate belongs to the people

A death in the family

By the Grace of God

"Her Majesty Elizabeth the Second, by the Grace of God of the United Kingdom of Great Britain and Northern Ireland, and of Her other Realms and Territories Queen, Head of the Commonwealth, Defender of the Faith." The official title of the UK's head of state.

Most of the world is free of monarchy. Americans are guaranteed republican government as a human right by their constitution.

"It transfers power through a mechanism which promotes congenital defects rather than intelligence. It is sexist, classist, racist and designed specifically to prevent diversity, equality and personal merit from creeping into its inbred ranks".
The Economist magazine, 2019

But in Britain the nonsense that some people are "royal" is still believed. And this foolishness entitles members of the Windsor clan to be treated with absurd deference, to take extraordinary amounts of money from the people, and to play a privileged part in the government of the country. The same belief denies to each and every citizen their right to be recognised by the state as equal with every other citizen.

This happens both because there are monarchists and because many more are afraid to take a stand for what is right.

If you tell a guy that he is a "prince" he may, if he is not too smart, believe that such foolishness is real. If he is smarter, but without much of a moral sense, he may decide to take advantage of the foolishness of others who believe in "princes". Either way, you have a problem. 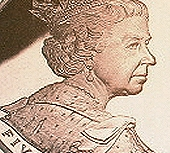 The Royal Anthem
God Save Us From Liz Windsor

The British people do not have a national anthem that democrats can sing or stand for. Instead it has a royal anthem that pays tribute to Elizabeth Windsor and her clan. When republicans refuse to sing this royal anthem that celebrate an undemocratic head of state they are accused of lacking patriotism.

Charlie Is No Darling
The "Prince" Who Waits

Charles Windsor will become our head of state when his mother dies. The people will be allowed no say in that. In this section we report the facts on the man who will represent our country to the world.

Are the British Out of Their Minds?

In recent years the news media have given much attention to public anger about bankers' bonuses. But the millions paid each and every year to the Windsor clan have been ignored.

"The BBC will honour any such embargo (on reporting a Windsor death), regardless of what other broadcasters do." At least until the death of Elizabeth Windsor's mother in 2002 that was the deferential policy of the BBC.

We Are Told That Monarchy Unites
And "Everyone Loves a Wedding"

There was little room for dissent when a Windsor married. But the following week the Scottish National Party won a majority in the Scottish Parliament.

The Worshipping of the Windsors
The Degradation of Democracy

In June 2012 countless British people showed their deference to the Windsor clan. This was queen Windsor's "jubilee".

Only Criminals Required To Be Joyful

Metropolitan Police Commander Christine Jones was speaking to criminals when she gave her instruction that the 2011 Windsor wedding was to be a day of joy.