No Representation Without Donations

A Church In Bed With the State

The Ladies and the Lords

When we hear of a president-for-life somewhere, we probably feel contempt for the individual. And we hope that the citizens of that country will find a way to overthrow the regime and create a democracy. But in Britain legislators-for-life are widely respected and their contemptuous regard for democratic practice is disregarded.

When we hear that in some distant time citizens had to tolerate masters, we probably feel relieved that such times have gone. Yet in Britain the state still tells its citizens that they should regard others as their master, giving them the title of Lady or Lord.

The House of Lords
Britain's Shame

In the UK 92 legislators have inherited their seats in the legislature from a relative. When one of them dies, those that remain elect the replacement from other members of the "aristocracy". 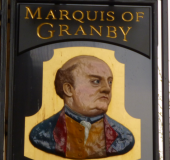 Only a racist would tolerate an expectation that black people address white people as "Master." Yet in Britain the forms of deferential address used when the nobility had their heels on the necks of the people are still generally accepted without question.