"God grant that Marshall Wade
May by thy mighty aid
Victory bring.
May he sedition crush
And like a torrent rush
Rebellious Scots to crush
God save the Queen."
A verse from the unexpurgated British national anthem.

Scotland is one of the most prosperous parts of the UK, following London and South East England. Its 5 million people have their own parliament, a devolved legislature with extensive domestic powers. They cover health, agriculture, education, housing, the environment, local government, police and fire services. For long before these powers were devolved Scotland had distinct legal and educational systems. Defence, foreign affairs and the broad management of the economy remain the responsibility of the UK government in London.

Scotland has more representatives in the UK parliament than its population warrants. And these MPs vote on domestic English legislation although MPs for England may no longer vote on laws that apply only in Scotland. 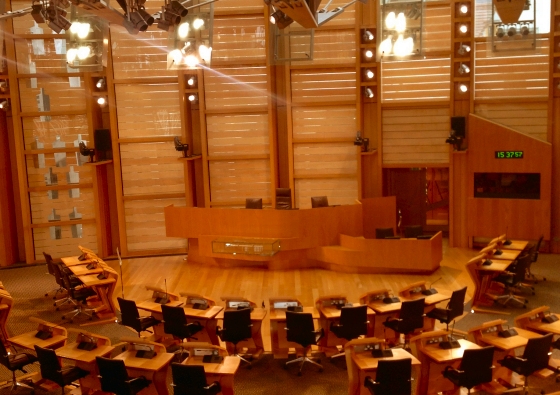 Inside the Scottish Parliament

The Scottish Parliament relies on the UK government for its revenue. The devolution to a Scottish government has been criticised for giving Scotland responsibility for spending but not for raising the funds for this spending, apart from local taxes. A grant from the British parliament allows it to spend £1,500 more per head on services for the people of Scotland than is spent in England. It has chosen not to use its power to vary the standard rate of income tax by 3 percentage points.

The Scotland Act 2012  increased the responsibilities of the Scottish government. From 2016 UK income tax rates in Scotland will be reduced by 10 percentage points. The Scottish Parliament will have to bring in a Scottish income tax to take the place of the UK taxes. It was also given control of the taxes on property sales and landfills

The Scottish administration was also given the power to borrow as much as £2.2bn for capital expenditure.

Before a referendum on independence in 2014 opinion polls at times showed as many as 52% of Scots in favour of independence for Scotland. One suggested that almost 2 in 3 Scots believed that Scotland would be independent by 2009. In April 2014 polls indicated that only a growing minority would vote for independence. That is what happened.

In September 2014 residents of Scotland voted decisively in a referendum, 55% to 45%, not to secede from the UK. The independence sought by the Scottish National Party would have been a quasi-independence. Scotland would have kept the British pound, the British Broadcasting Corporation and the Windsor monarchy. It was unlikely, however, that the UK would have agreed to an independent Scotland keeping the pound or the BBC. But almost certainly Scotland would have been able to cling onto the feudal institution, as have some former colonies.

Before the referendum vote the major UK political parties promised more devolution if the vote went against independence. But what they offered varied.

The Conservatives and Liberal Democrats said that the Scottish Parliament would be able to set income tax rates and bands for Scotland. But the Labour Party promised only greater flexibility with this tax. The Liberal Democrats also proposed devolution of the inheritance and capital gains taxes. European Union rules require that VAT in Scotland should be the same as in the rest of the UK.

The parties also disagreed on what welfare benefits should be devolved.

The most contentious question is probably the “Barnet formula”. This is the formula used to calculate the central government grant to Scotland. It is widely believed to give Scotland more than its population or needs warrant.

Until shortly before the vote all three major parties said there should be reform of this grant. This would likely force the Scottish government to raise more of its own funds. However, when it seemed that Scotland might vote for independence the party leaders promised that the formula would be kept if Scotland voted “no”. They also promised that the Scottish parliament would be given new powers over tax and welfare. 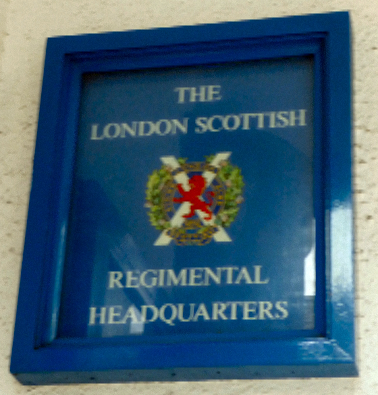 Until 2017 the BBC rejected the idea of a separate news broadcast for Scotland, following lobbying against the change by the Labour Party. Opponents of the idea believe that as national institution the BBC helps to keep Britain united. (But the BBC has been accused of having a very different attitude towards Northern Ireland).

Scottish newspapers and the Scottish National Party condemned the decision. One member of the Corporation's broadcasting council for Scotland resigned in protest.